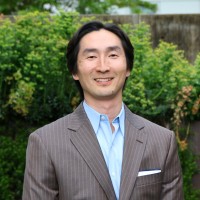 Branden joined Loyola Marymount University as associate provost in June 2015, where he leads the University’s Career and Professional Development initiative. In this role he oversees the office responsible for successfully launching 8,000 undergraduate and graduate students into their professional careers. 99% of LMU graduates are employed, enrolled in graduate school, or pursuing post-graduate service within six months of graduation.

A frequent conference presenter and speaker, Branden specializes in student return on investment, the rebranding of career services and measuring and reporting post-graduate outcomes. His work in the field of career services has been featured in The New York Times, USA Today, The Wall Street Journal, American Public Media’s Marketplace, EAB, The Lawlor Review, The Hechinger Report, the Career Leadership Collective and the book Will College Pay Off? by Peter Cappelli of the Wharton School of Business.

Before joining LMU, Branden served as the founding director of the Piper Center for Vocation and Career at St. Olaf College, charged by the president to transform the center into an innovative, results-oriented career center. Prior to St. Olaf, Branden served as associate director of career services at the Fletcher School of Law and Diplomacy at Tufts University. At Tufts he worked closely with employers such as NATO, the United Nations, the Council on Foreign Relations, Capitol Hill and the Central Intelligence Agency, supporting student career pathways in defense, energy, intelligence, politics, think tanks and trade. Branden has also held positions at Harvard University, Brill Neumann Associates, the U.S. Department of Health and Human Services Office of Civil Rights, the U.S. Commission on International Religious Freedom and WorldTeach.

Branden is an Ed.D. candidate in higher education at the University of Southern California, earned his M.T.S. from Harvard University in theological studies and holds a B.A. in music and religion from St. Olaf College. He is a member of NACE (National Association of Colleges and Employers), MPACE (Mountain Pacific Association of Colleges and Employers), the National Career Services Benchmarking Group, CLASIC (Consortium of Liberal Arts Schools and Independent Colleges) and the Jesuit Career Consortium. He is an elected board member of Lutheran Volunteer Corps, a frequent contributor to the Career Leadership Collective and a regular instructor for Academic Impressions and the Career Services Institute West.

Daniel Pascoe Aguilar, PhD, MDiv, is passionate about problem solving and collaborating with students, alumnx, university communities, and organizations about meaningful partnerships and powerful strategies for the development of a new, diverse, interculturally developed, and purposeful generation of leaders for our joint capacity to create a better reality. Currently, Daniel is associate provost for Immersive Learning & Career Design at Drew University in the New York City larger metropolitan area, where he has the honor of leading LAUNCH, a new approach to undergraduate education designed to facilitate students’ purpose development, career preparation, and their ability to contribute to community/world need solutions. LAUNCH is a transferable skill based curriculum/co-curriculum that a) guarantees immersive experiences and a b) network of mentors to every student, as well as universal student engagement and scaffolding through c) a required, for-credit LAUNCH-guiding course, d) a working LAUNCH Plan ePortfolio where students record, track, and receive support on their progress, e) 18 LAUNCH Communities that offer physical and virtual networks, opportunities, and resources clustered by key industry or identity groups, and f) an integrated LAUNCH website called Launchpad fed with relevant data from multiple systems into curated, interactive web spaces.

Prior to his tenure at Drew, Daniel served as executive director of Career Services at Ithaca College, director of the University of Oregon Career Center, director of Career Services at Seattle University, director of alumnx career services and associate director of employer relations at the University of North Texas, senior associate director and chair of career courses at Indiana University, director of the crisis center for homeless families of the SF County, and minister in diverse religious organizations in México and the US. Daniel has also been a song writer, a classical pop and oratorio/opera singer, and a recording artist throughout his life, including the publication of 7 albums. He has completed three graduate degrees in the US: a PhD in Educational Systems from Indiana University, a Master of Divinity from Palmer Theological Seminary, and an MS in Education from IU, as well as a BA in Industrial Design from Universidad Autónoma Metropolitana in México.

In 2014, Daniel received the Rev. Dr. Martin Luther King Jr. Award from UO. Throughout the last few years, he has had the opportunity to serve as faculty of the Career Services Institute, co-chair of the Future Talent Council Global Diversity & Inclusion Advisory Board and the DU Committee on Reimagining Undergraduate Education,  and chair of the IC Experiential Learning Alliance, the UO and IC Student Employment Enhancement initiatives, and the the UO Division of Student Life Multicultural Organizational Development effort, the UOAdvantage Experiential Learning Interface Design Team, and the UO International Student Career Alliance.

She oversees comprehensive career services and related programming initiatives and leads the collection and analysis of career outcomes for the College. The career center was ranked as a top 20 career center by The Princeton Review under her leadership.

Vicki led an overhaul of student employment at Scripps and now directs all efforts in ensuring standards for work-study and non-work study student positions across the College. She is a member of the Institutional Advancement management team and is responsible for the supervision and direction of institutional advancement communications. Her areas of expertise include organizational communication, strategic planning, and program assessment.

Prior to her position at Scripps, Vicki managed a nationally recognized career mentoring program and served as a consultant to other institutions. She has presented at national and regional conferences on a variety of career services topics and is currently an advisory council member for GEN Z and volunteers for the Pasadena Education Network.

Originally from South Carolina, Vicki earned her M.A. in Organizational and Multicultural Communication from DePaul University.

Rose leads the Career Center at Santa Clara University and develops services, programs, and products designed to support students and alumni through the continuous process of career and life development.
Rose brings over 12 years of experience ranging from overseeing the recruitment and talent acquisition process within HR, coordinating employment and workforce development initiatives, and managing a global executive education program for rising senior leaders within Silicon Valley tech and fortune 500 companies. Additionally, she has significant global work, study, and service-learning experience in Southern Africa, South America, and Europe.
Rose draws inspiration for her work through the development of innovative career and professional education practices to help students launch into the dynamic and ever-changing 21st century world of work. She has her BA degree in Modern Literary Studies from the University of California, Santa Cruz and a MA in Counseling Education, Career Development from San Jose State University.

I love connecting people, building partnerships, and creating value for all constituents – especially students. Whether working in corporate or nonprofit, my priority is encouraging and motivating colleagues to excel individually, and as a team.

My first professional decade brought teaching, account management, and consulting on three different continents – Asia, Africa and North America. This past decade has been dedicated to higher education career services at the McDonough School of Business at Georgetown University – my alma mater (Hoya Saxa!), Pomona College, and the Argyros School of Business and Economics at Chapman University – also my alma mater. In 2016, I switched gears and joined VMock – an EdTech company – as their sales director where I worked with career center leaders around the world to invest in innovative technology to help scale their operations.

Coming back to the institutional side in 2018, I joined Mohr Career Services as the executive director, at the Lundquist College of Business at the University of Oregon. In my role, I spend much of my time helping us stay aligned with our purpose, asking hard questions to keep pushing us forward, advocating for resources for my team, and sharing the awesome story of the value we create.

Sonia Herman started to intern with CSI her senior year when she was working for the University of Oregon (UO) Career Center as a student employee. Sonia enjoyed being extremely involved with the UO Career Center. Because of  her positive experience, she accepted a position as a Career Coach and Community Developer at Ithaca College after she graduated in June 2017 with a B.S. in Business Marketing.

Recently, Sonia moved back to Oregon and decided to take a role in marketing as an Ecommerce Data Feed Specialist at Logical Position. Being passionate about career development, Sonia stays involved with CSI as the Website Manager. She continues to assists CSI with website management, publication, advertisement, and conferences.